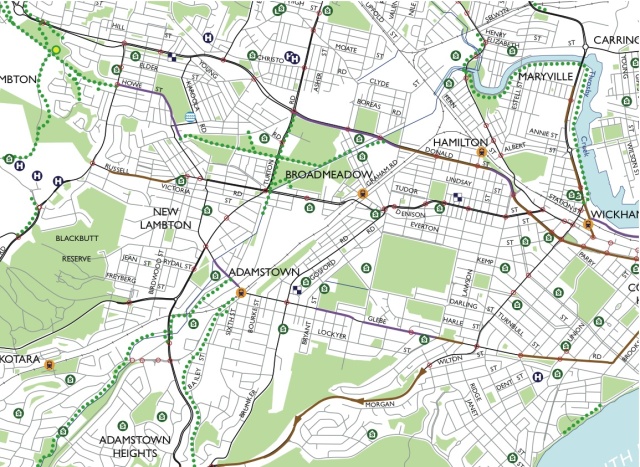 This is an extract from the official cycleways map of inner Newcastle.  The offroad cycleways are marked with green dots and as you can see, the network is very disjointed. The onroad cycle lanes are marked with heavier grey lines, but they are not always the best routes to take. (I tried to put markers on this map to mark the  areas I want to pinpoint but they did not show up on this online version, unfortunately.)

Unmarked routes I often take in my daily life are:

4 Responses to Cycleways in inner Newcastle