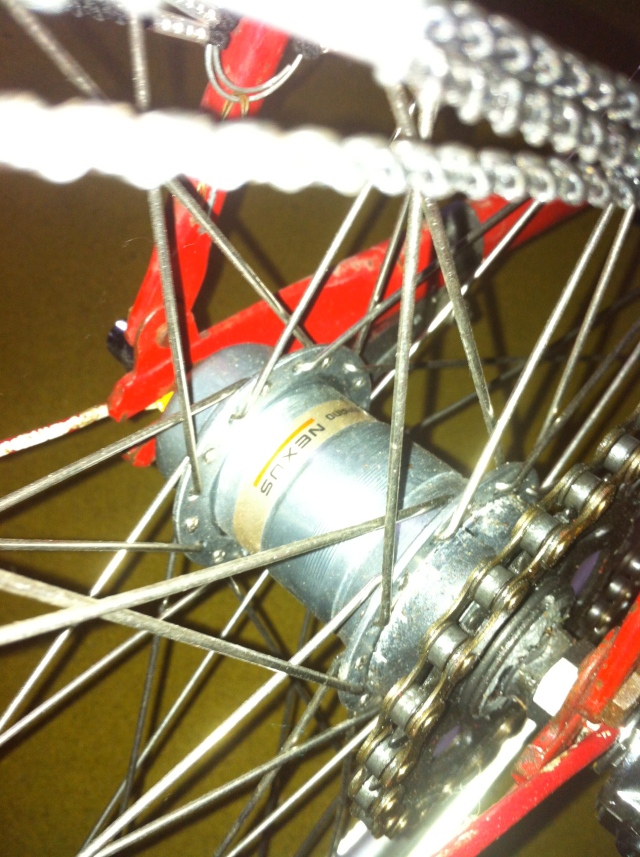 I have had this new hub and wheels on my Speedwell now for about 3 months, I wrote about it here. I had a few cable problems which I wrote about here. At first it appeared that the problem was just one of adjustment, but it turns out that the shifter has broken. 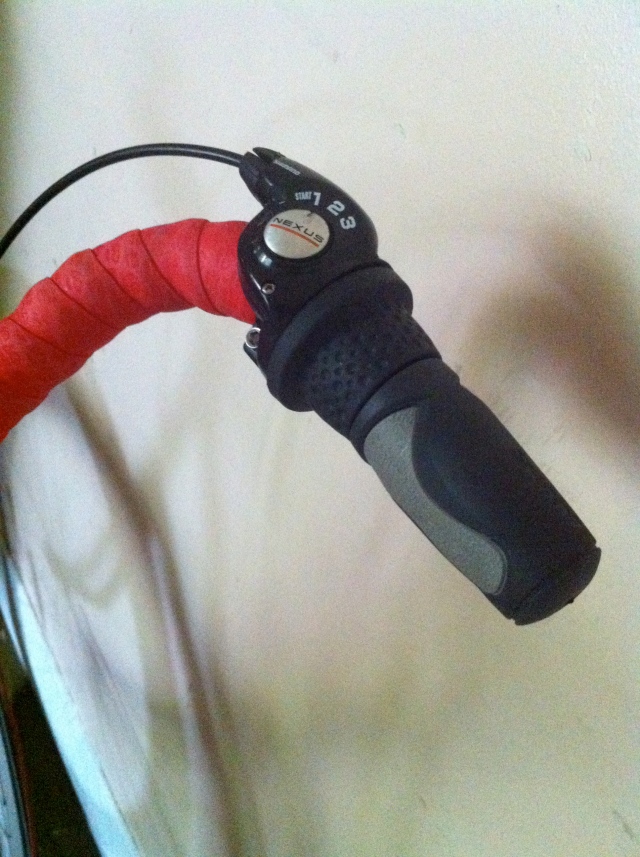 It looks fine, as you can see, but there is some play in the mechanism that was not there before it broke. When I initially had the problem with only being able to use two gears, I returned it to the bike shop where I had it installed and they made some adjustments to it. It was after that that the mechanism broke, and this was due to my basket, as I worked out later on myself. So the shifter has to be replaced. The bike shop is not taking responsibility, even though they returned the bike to me with the basket on it and they did not pick up this problem when I went to see them about it. I am a bit miffed about this but I feel I have to wear it. Now we are waiting for the shifter to arrive as they are in short supply at the moment, so for most of the 3 months I have had the new gears, only 2 of them have been working. I have not played with the adjustment mechanism at all as it seems quite finely tuned and I did not want to void any warranty I might have had. It was this mechanism that they adjusted on my first return to the bike shop…. 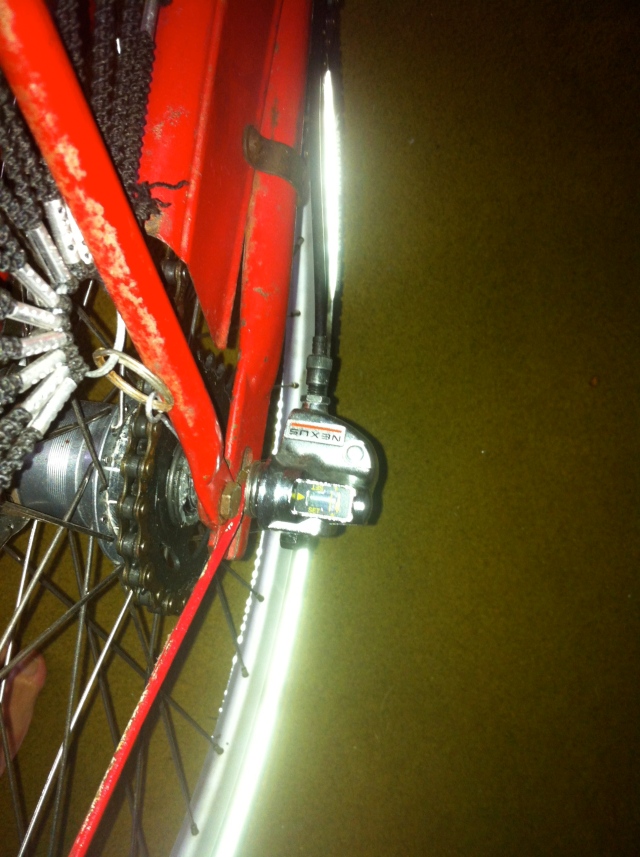 Anyway, apart from this problem, meaning that there are only two working gears on the bike (second and third), it has all been fine. The gears change smoothly and the brakes work really well and even on hot days on a long downhill I have had no brake fade. The hub heats up (I stop to feel how hot it is) but no change in performance, though I am wary of this and if I were out for a really long hilly ride on a hot day I would be cautious.

One other thing I will change is the grips, as the stubby one on the right hand is too short for me. They told me at the bike shop that they match the shifter but I don’t like them and my hand is butted up against the end of the grip. There may be a problem with this however, due to the shape of the handlebars as the shifter may not fit on the curved part of the bars… 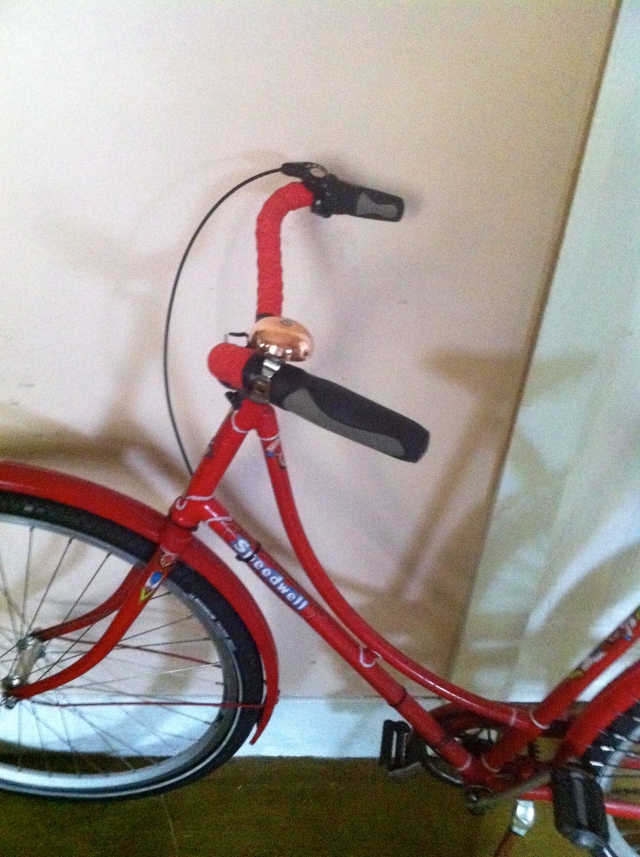 Overall, I am very happy with the changes I have made, but I will not be able to use a basket on the bike and I will be very wary of anything that interferes with the cable in future.