First cabs off the rank – two Malvern Star mixtes. I was not aware that Malvern Star made mixtes, but I have seen two of them in the past week, this green one outside Maurice’s, which appears to be for sale for $180: 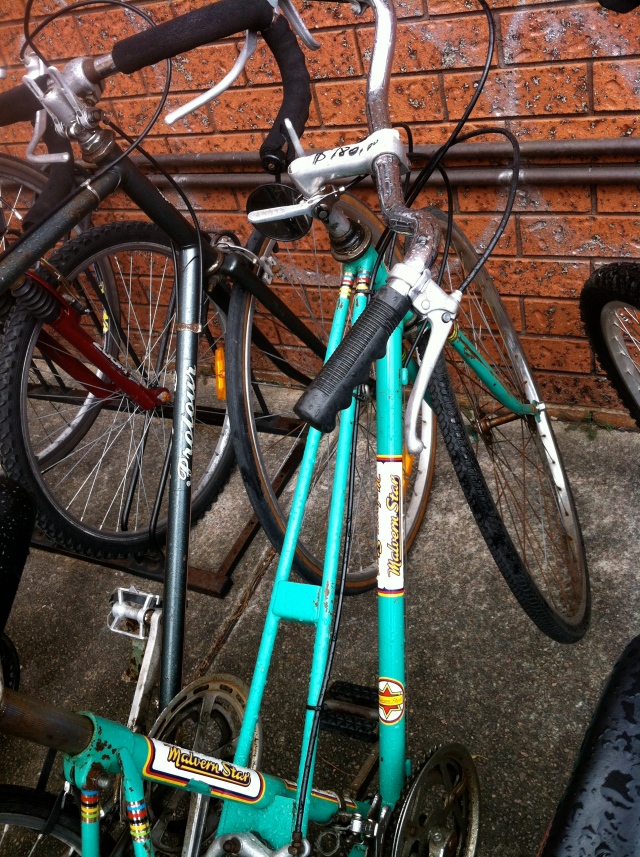 and this one, a Vogue, and also a one star: 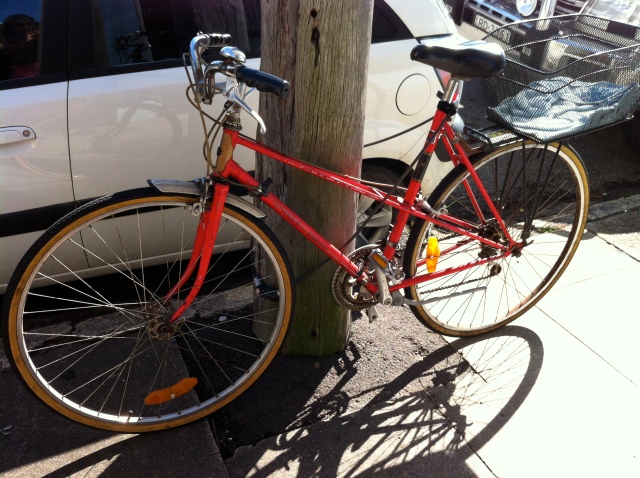 A tiny Speedwell, probably a Brownie, but the paintwork is too damaged to say for sure … 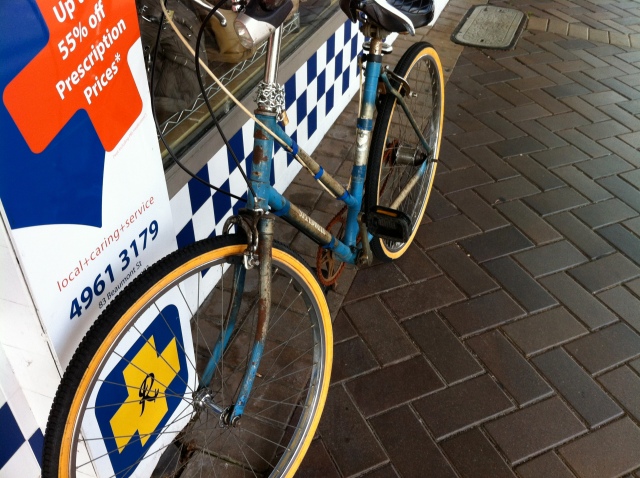 and my reflection in a window, on my Speedwell … 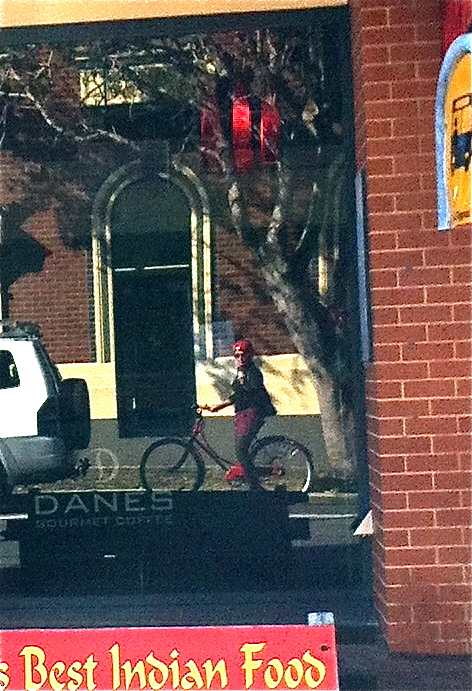 It’s great to see some appreciation of vintage bikes around here, rather than the usual mountain bikes and hybrids, or fast road bikes.

3 Responses to Some vintage bike love around Newcastle lately