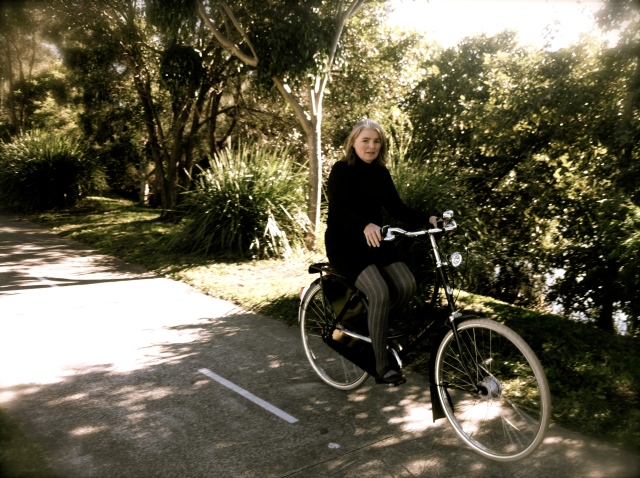 After my recent experience, which I wrote about here, where a man wanted to buy my bike from me and I recommended that he buy a new loopframe bike for his wife, it occurred to me that I have never ridden a modern loopframe bike, and that I should do so in the interests of giving informed advice to any future would-be purchasers of my old Speedwell. So when the opportunity arose last weekend for me to ride this Gazelle, I leapt at the chance. 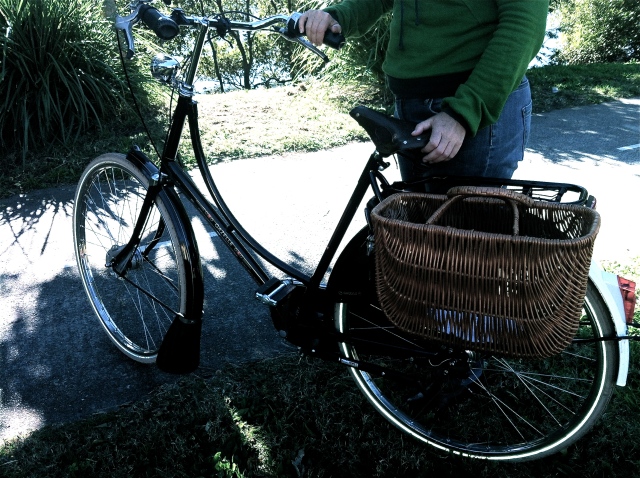 You can see the specifications for it on the Gazelle site here. (I had ridden the men’s version of this bike last year,  and this bike is reviewed here.) The loopframe however, is very different in its riding position from that diamond frame and it took upright riding to a whole new level for me. I felt as if I was sitting back, rather than forwards, on it, in a very natural and intuitive way. It also rolled the way a Gazelle is supposed to, feeling very stately and stable: it felt a little slow in starting but once it took off, it flew, or rather glided. Beautiful! The Brooks saddle, a pre-aged B 67, felt like a comfy, well used leather sofa, it even felt, and looked, worn in, though the owner bought this bike new only a few months ago. The brakes and gears worked smoothly as would be expected from a bike of this calibre and I had no trouble doing tight turning on it at slow speeds, though I did not ride it very far to really test its capabilities.

I had expected, in riding a new loopframe, to feel that it was not quite as “authentic” as my old one is, and while a Gazelle is always going to be at the luxury end of the bicycle market, it still surprised me. I felt that a new loopframe would not have as low a stepthrough or have that same solid feel to it as my older one, but I was very pleasantly surprised in that it felt far better than mine. I will endeavour to ride a much cheaper new loopframe to make further comparisons.

This entry was posted in Gazelle and tagged Gazelle, loopframe. review. Bookmark the permalink.