Are cyclists the new breed of disadvantaged? 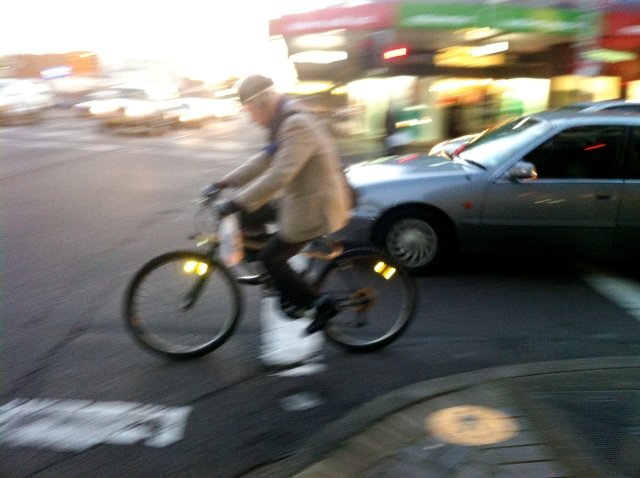 I have noticed a new terminology emerging in the world of cycling, and indeed, in some instances I have started using it myself (and will continue to use it). Instead of referring to cyclists as such, we refer to “people who cycle”. This term is, of course, intended to draw attention to the fact that cyclists are people who have a home and family, friends and loved ones who will all miss them and suffer with them if they are injured, or worse, while cycling. It is intended to dampen down the on-the-road hatred that is sometimes directed towards cyclists by motorists, or “people who drive cars”. This latter term is also sometimes used so that cyclists do not in turn think of the car drivers who are abusing them or terrifiying them by deliberately passing too closely are also people with very human frustrations on the roads and with the traffic, which we “people who cycle” may be able to somewhat circumvent.

The term reminds me of the term “people with disabilities”  the politically correct term of referring to the “disabled”, and meant, and rightly so, to draw attention to the person rather than the disability. To focus on the ability rather than the lack of….

So, is this new term for cyclists a good one or is it robbing them/us of a part of their/our identity which perhaps we would like to hang onto? Well, it depends. How much of our self esteem is tied up into our abilities or our pastimes/sport/hobby? In the past would I have rather been referred to as a person who teaches/does triathlons/runs/works in an office? Would it reduce the dehumanising aspects of any of those pursuits?

As you can see, this terminology raises more questions than it answers. The most important part of it is whether it has the desired effect of reducing the rage and torment we are sometimes subjected to by those who use larger, deadlier and speedier forms of transport than we do. We do, after all, like to think of ourselves as an empowered group who are fitter, more committed to saving the planet, more cheapskate (in a good way) and who dislike looking for parking spots. All good things, so why should we need the new politically correct, and by inference, slightly patronising, term? After all, the things we do as cyclists are empowering and positive, we really shouldn’t need the boost to our status conferred by a politically correct term….