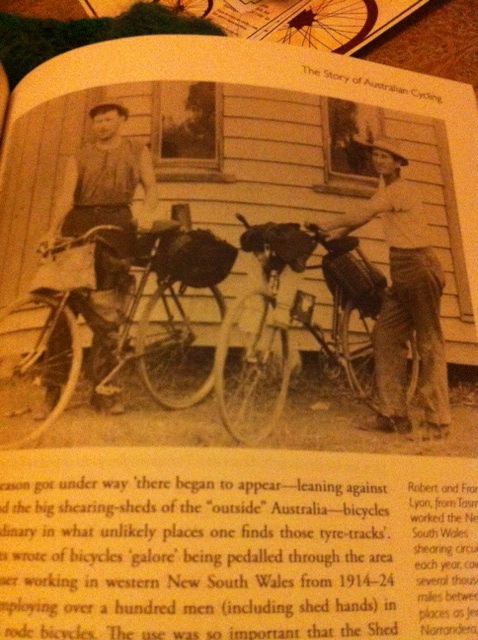 I was lucky enough to be able to attend the talk given here in Newcastle last night by Jim Fitzpatrick, Australian cycling historian. The hour or so he spent talking to us was packed with information and so well delivered and researched. He has even done a PhD on this subject! Who knew that Australia had such a rich cycling history? All the iconic moments of Australian history have been interwoven with the use of bikes. From wartime to sheep shearing to goldrushes, bikes were omnipresent and played major roles in shaping how our history panned out. Yet, they are not often mentioned, and one has to look much deeper to find the role they played. 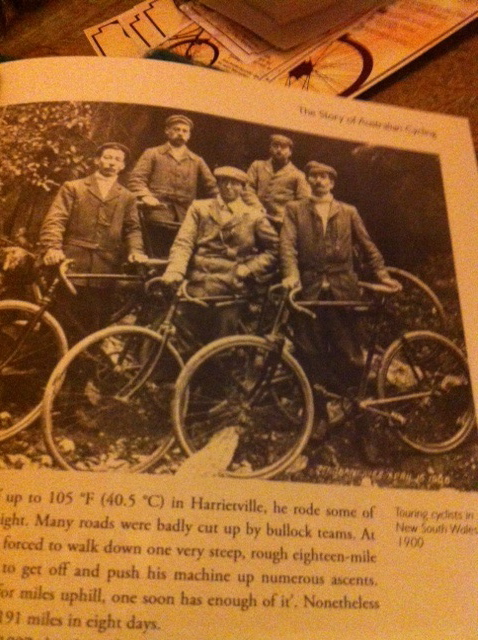 The topography (largely flat) and climate (little snow) of Australia has suited bike riding. Jim took great pains to explain to us the size difference between Australia and Europe and that circumnavigating larger Europe (from Turkey to Russia to France and Italy) is only half the distance of Australia’s coast, yet many were able to make this trip in the early days of cycling here. 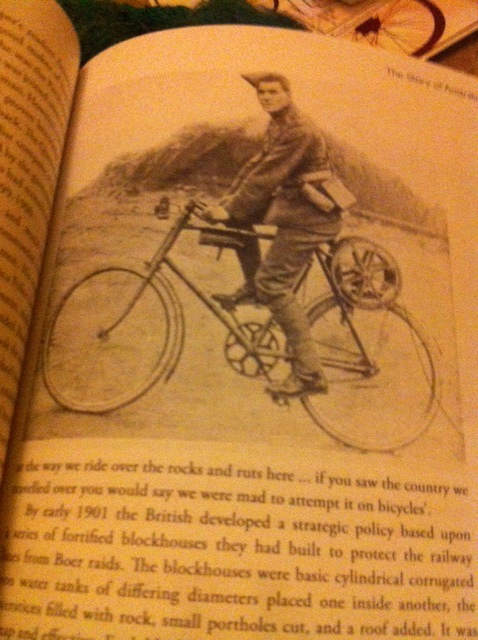 The vast network of bike tracks which connected the Western Australian goldmining towns during the goldrushes was one of the things which defined how things operated there, when towns would spring into existence, thrive and prosper, then die as the gold was mined out and discovered elsewhere. Miners needed to maintain contact with their families back East and paid huge sums for their letters to be delivered by bicycle.

I was not going to buy his book, but was seduced into doing so by the vast amount of information and the wonderful vintage photos in it. This review barely touches on all the information he provides, including bike racing, women on bikes, the evolution of bikes and so much more.

The number of people there last night is also testimony to the lure of bicycling history. If you love riding bikes, there is something about finding out more about them that is irresistible to bike fanatics.

This entry was posted in Uncategorized and tagged bike history, newcastle, vintage. Bookmark the permalink.

8 Responses to Cycling History in Australia