There are already some newish bike lanes on Teralba Road in Adamstown, as seen in the picture above. They work to separate the cars from cyclists effectively enough for the amount and speed of the traffic there. It seems that the Council is extending these lanes further in the direction towards Newcastle. 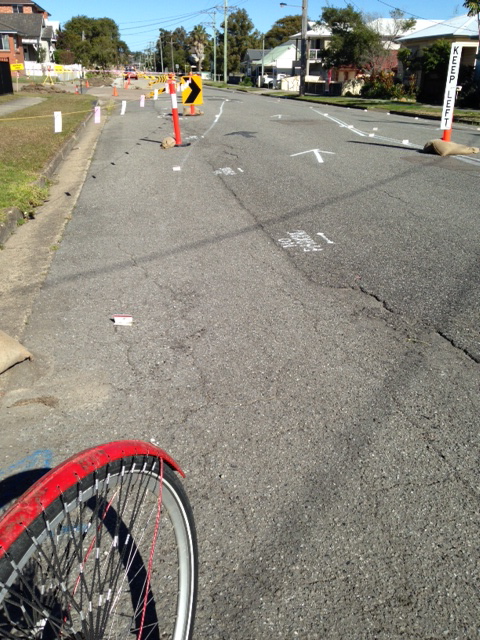 This is an important part of Newcastle cycleways as this road forms part of the link between Fernleigh Track and Newcastle. It also forms part of the link for the intervening suburbs such as Broadmeadow and Hamilton. Here is hoping that the lanes maintain the same standards as the existing ones, which not only separate the cars, they also slow down the traffic.